A member of the Super Eagles squad to Tunisia ‘94 Africa Cup of Nations (AFCON), Edema Fuludu, has said ‘too many diaspora players’ is a factor working against the team. 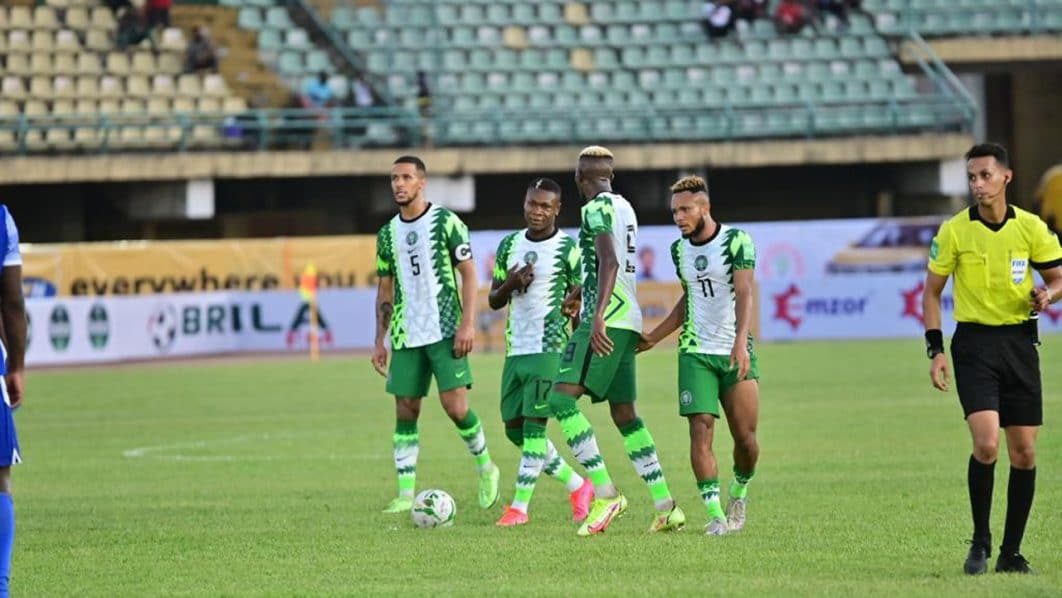 “Those who were born and bred in Nigeria have this different psyche and are always happy to be back home and want to perform to not only win but please their families, friends and associates in Nigeria,” Fuludu said.

In his message tagged ‘Gernot Rohr, My Thought,’ Fuludu, who was part of Clemens Westerhof’s all-conquering squad to USA ‘94 World Cup, stated that homegrown Super Eagles players understand the street mentality whenever they are invited.

“They expect to see and felicitate with people at home after a game regardless of the associated financial pressure on them. This is purely a subjective opinion but it has its psychological consequences.”

Fuludu stated that although Coach Gernot Rohr had met the target given to him by his employers, the Nigeria Football Federation (NFF), his continuous stay may not take Nigerian football to a higher level.

He said: “Facts are sacrosanct. The truth must be told. Rohr has not fallen short of the targets set for him by his employers, the NFF. He has qualified the team for the AFCON and got to the World Cup’s playoff and he may or may not qualify for Qatar 2022.

“I think talks about the need to sack him is coming on the heels of his inability to produce a team that plays a consistent and robust football, which the Eagles were known for. Given the arrays of young and enterprising players in the likes of (Victor) Osimhen, (Wilfred) Ndidi, Troost Ekong, (Joe) Aribo and (Samuel) Chukwueze to mention a few, Rohr could not in five years establish a pattern desirable to the average fans.

“His negative attitude towards homegrown talents and the undesirability to help develop our football as Eagles’ technical adviser is the main issues leading to this uproar about his removal.

“His sack will of course shake up the Eagles, however, it definitely, will just be a stop-gap remedy in re-engineering the national team.”

He said that other factors working against the team that “we can lay bare on the table include welfare and prompt remuneration of players.

“It is not fair to owe players so much backlog of allowances having performed and matters arising from it treated like master-servant relationship with subtle threats like we can replace you as many are even begging to put on the national jersey.

“Merit on the invitation to the national team has taken a backdrop such that the modus operandi in the invitation is ‘corrupted’. We have a technical department, yet one man is sitting in Europe determining who gets called up or not.

“The technical department of the NFF, which is a very vital organ, I am sure has little or no input in what happens to the Super Eagles. This should not be in normal circumstances.

“I am an advocate of a home base coach with structured backroom staff helped by an accountable technical department of the NFF. We need a coach who will be allowed to do his job without the federation imposing so much influence on what must be done or not. A coach who will not allow players forced on him.”