The recent offer made to South Africa by France, Germany, the UK, the US and the EU, called the just energy transition partnership, has raised hopes that the country will finally embark on a comprehensive path towards renewable energy. The partnership aims to disburse $8.5-billion for a first phase of financing through various mechanisms including grants, concessional loans and investments to support South Africa in reducing carbon emissions. In recent times, developed countries have advanced the brokering of agreements that support developing countries to meet the global objective of getting carbon emissions down to 1.5°C. 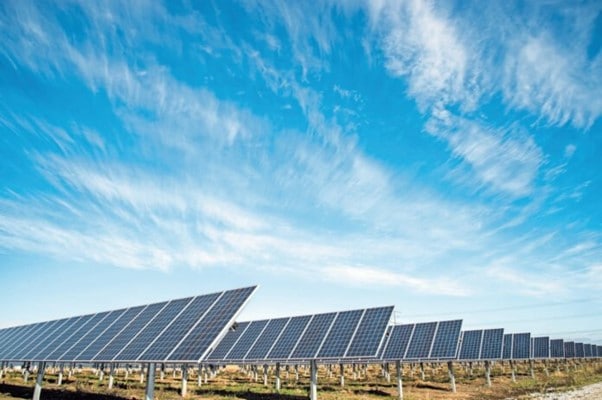 For years, South Africa’s transition from coal to renewables has been beset by difficulties, resulting in the country producing very low decarbonisation levels. South Africa is currently the most industrialised economy in Africa and the biggest source of carbon emissions. With 80% of the country’s electricity still sourced from coal, developed countries have courted South Africa as a model for transitioning to renewables.

Political considerations have certainly played a part in slowing down the country’s transition to renewables. It is well known that the ANC needs the support of coal mining unions and workers, most of whom are part of the powerful trade union federation, Cosatu, which remains instrumental in Ramaphosa’s bid for a second term as ANC president and Mantashe’s own political ambitions.

Public contradictions between Ramaphosa and Mantashe, allies within the ANC’s top six, have sown confusion about the policy direction the country is taking on just transition, a situation that is bound to irk investors. Whether these contradictions are a deliberate political ploy to appease both sides of the divide or a lack of alignment at the highest political level is not entirely clear. What is obvious is that there is a complex interplay between international pressures for South Africa to decarbonise and the political interests of retaining power within the ANC.

The government must take into consideration the effect a transition from coal to renewables will have on small coal-mining towns that supply Eskom power stations. As matters stand, the government, community members and unions will be worried about the jobs that are sure to disappear when the transition happens. Can renewable energy replace a large proportion of these jobs? The answer to this question will largely determine the pace at which the government wants to pursue renewables.

At a political level, the ANC will surely keep an eye on its voter base, which is fast becoming rural in nature. Mining towns are largely rural. Any sudden moves by the government that affect livelihoods negatively in these towns are bound to give the party sleepless nights, because they could directly affect its prospects at the ballot box.

Additionally, South Africa’s transition difficulties cannot be divorced from the energy sector’s role pre-1994. One major consequence of apartheid policies for the sector was that, in the 1990s, South Africa remained fairly closed off from the era of energy-sector liberalisation that was taking place in other parts of the world.

Subsequently, in 1994, the democratic government inherited an electricity sector lacking in technological modernisation and heavily dependent on coal. Given the government’s developmental ambitions, particularly the social democratic imperative for providing electricity to previously disadvantaged communities, a nuanced approach is needed in its efforts to transition to renewables — one that appreciates South Africa’s unique energy history.

South Africa’s transition to renewables must also be mindful of the unique environmental conditions that inhibit and prohibit certain types of sustainable energy sources. Compared to other countries, South Africa is relatively water scarce, making hydropower unsustainable. The country’s main strengths are in its sunshine and wind, making energy projects in solar and wind more viable.

The problem with these forms of energy is that maintaining a reliable supply of power, such that which can facilitate South Africa moving away from coal, will require massive storage capacity that can hold energy for long periods of time. Although good progress has been made globally in developing and commercialising long-term storage devices for renewables, these technologies remain financially impractical, particularly for developing countries.

It should be stated that developed countries placing pressure on the domestic economies of those developing countries’ that have an abundance of coal, for swift energy transition, remains questionable, particularly given that many of these very same developed countries have chosen jobs and the protection of their economies when embarking on switching to renewables. Countries like South Africa, which depend on fossil fuels, will certainly have balance-sheet difficulties should the process not be properly managed.

Top 10 cobalt operations outside of China and the DRC