Architecture and engineering firm FBW Group is working with the International School of Kigali (ISK) to create a 21st Century ‘green’ campus in the Rwandan capital. 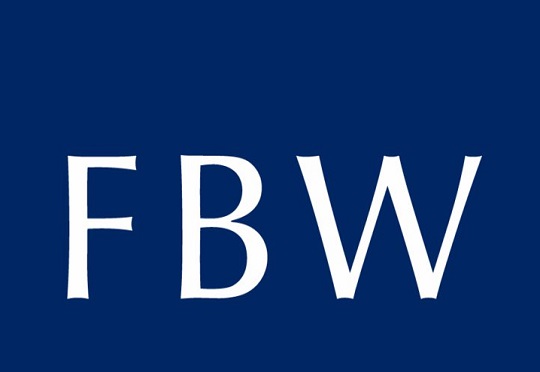 The ambitious $5m project will deliver a centre of learning for 500 students, with modern classrooms, state-of-the-art laboratories, a ‘maker space’ and first-class sports facilities on a 2.3 hectares site in Kibagabaga.

The phased development will be the internationally accredited, non-profit school’s permanent campus for its pupils, who range in age from pre-kindergarten through to Grade 12.

The FBW design features classroom clusters placed around open courtyards and responds to the topography with level access to all floors for full accessibility. The main courtyard offers landscaped terraced seating as meeting point.

Break-out spaces are key to the curriculum, wide corridors on the upper floors feature smaller pods for informal meeting. Ground floor classrooms will have a direct connection to the courtyards and playground. Older students will be able to meet on an open roof terrace on one of the four-storey buildings.

Other features of the FBW plan include a central square and an open timber roof structure cafeteria for all types of community activities.

The large open classrooms, with full height glazed windows, will be orientated north-south, avoiding low sun angles from east and west, while still allowing for great views across the campus and the spectacular valley that sits below.

All the buildings have been designed to be constructed using locally made, eco-friendly brickwork, fired through a low embodied carbon technique.

Antje Eckoldt, FBW group director, is leading the architecture and design team. She said: “Sustainability is at the heart of the plans we are drawing up for the ISK campus.The full campus will be constructed in mainly local materials such as brick, stone, timber and concrete.

“The locally developed brick system we will use creates bricks made from agricultural waste fired in small kilns. We are also looking to create large classrooms with high ceilings that will be naturally ventilated.

“First-class sporting facilities are also planned for the site and the new campus will be a seat of learning fit for the 21st Century and ISK’s plans for the future.”

ISK, which was founded in 2009, is looking to double the number of students it has over the next decade.

While construction work is carried out to create the new purpose-built campus, its students will be taught in modern new classrooms housed in existing buildings on the site, which have been fully refurbished.

Announcing the project earlier this year, Marcel Lehner, president of the ISK School Board, said: “Establishing a permanent campus in Kigali has been a long-standing ambition of the school since its founding.”

Construction work could begin as early as next summer, with a two-to-three-year building phase. As well as design and architectural services, FBW Group is providing its engineering expertise on the project.

The ISK project is the latest in a long line of work carried out by FBW Group in the education sector over the last quarter of a century. That work ranges from remote rural schools to modern university campuses.

With offices in Uganda and Kenya as well as Rwanda, the multi-disciplinary planning, design, architecture and engineering group currently has a workforce of more than 30 professionals delivering high value construction and development projects across East Africa.

FBW Group is celebrating its 10th anniversary in Rwanda as it looks to further build its presence in the country. It has operated in East Africa for a quarter of a century.

Since the opening of its office in Kigali a decade ago, the FBW team has worked to help deliver several high-profile projects in Rwanda – with more in the pipeline.

FBW has recently completed a masterplan and extension for a medical university in Butaro and luxury hospitality lodges in Musanze, northern Rwanda, and is committed to environmental, sustainable conservation and local community engagement.

The group has also delivered several mixed-use city developments, including a retail, commercial and transport hub in Kigali and a signature library building for the Kigali Institute of Science and Technology.

It has also been involved in the creation of special ‘trade and logistics clusters’ near borders and points of entry with regional countries, with advanced ‘plug-in’ industrial units in the special economic zones.

And FBW engineers played a major role in the creation of ‘the Lord’s of East Africa’ – Rwanda’s internationally acclaimed national cricket stadium.