Ever since Jacob Maroga resigned as chief executive of Eskom in the heat of battle with his board, then led by Bobby Godsell, and then tried to withdraw his resignation more than 10 years ago, the long-troubled parastatal has had 11 different chief executives and almost as many new boards. 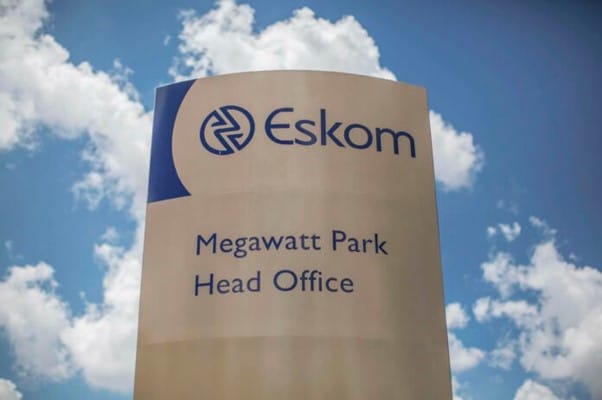 It’s been musical chairs at Megawatt Park as the administrations of former president Jacob Zuma and now Cyril Ramaphosa have sought to deal with the risk that Eskom has become over the years.

We already know the manoeuvring of our former president wasn’t altruistic. The fuller tale will be told in the outcomes of the Zondo commission at the end of the year.

Notwithstanding his ultimate motivations, the one thing both administrations could ill afford was for Eskom to continue to struggle to meet electricity demand. They needed the spectre of load-shedding to be consigned to the past, and urgently, to ensure stability in the South African economy and their political careers.

We tend to forget that until the lights first went out in December 2007, we were an economy growing in the region of 5% a year.

While the politics were certainly moving towards a more populist season (a shift that remains, given the xenophobic statements that propelled the Herman Mashaba-led ActionSA), the lights remained on and so the country could benefit from what was a strong Chinese super-commodity cycle and an ever-depreciating currency.

In the decade that followed, our bad politics got worse and alongside it, our electricity problem grew into something much deeper. The expansion of our electricity-generation capacity in Medupi and Kusile was an ambitious undertaking for Eskom, which had not undertaken a project of such a magnitude since the 1970s. It was bound to be problematic — even supposedly well-run private sector companies such as Sasol know about the difficulty that comes with grand expansion plans.

Over and above the difficulty of building two multibillion-rand coal-fired power stations was the corruption that would take place in the build. Add to that the challenges of maintaining ageing coal-fired stations — some are older than 50 years.

To deal with the many crises that have deflated confidence levels, the government’s response to the pressures from factions in its governing alliance, opposition parties and critics has been to replace the board, the chief executive and to a lesser extent the minister of public enterprises. (Since December 2007, there have only been four ministers of the portfolio compared to the eleven chief executives at Eskom.)

Today, as we once again close out the year wondering which load-shedding schedule we’ll be on on any given day, there are calls for changing of the board, chief executive and Minister Pravin Gordhan, who is an admittedly and necessarily divisive character, given the government he has worked in since moving from his role as South African Revenue Service commissioner in 2009. My question is, will it solve anything?

Maybe, just maybe, the problem isn’t solely in the Megawatt Park headquarters of Eskom, but in the great many fiefdoms that exist in this large ecosystem that the parastatal feeds. From its perch in Sunninghill, Johannesburg, the men and women who report to work every day oversee some 14 coal-fired power stations, some of which were commissioned in the late 1950s and the Koeberg nuclear plant outside Cape Town. On average, more than 3 000 people are at each station, run as their own individual power structures — with the concomitant dirty politics and corruption. This “federal system” perhaps explains the power of a small province such as Mpumalanga in the ANC Game of Thrones.

The general managers are among the most important people to the small economies and politics of these far-flung towns in Mpumalanga, Limpopo and the Free State.

Their errors or oversights, such as forgetting to buy a back-up conveyor belt (the most critical part in the operation of a coal-fired power station) can cause at any moment the loss of thousands of megawatts of power.

Disciplining such an individual is not easy, as employees are well protected by HR, shielded really — and yet they sit quite literally at the switch that determines light or darkness for Africa’s most industrialised country.

Unless we accept that Eskom has a people management problem that will require much deeper reforms in our state-owned utilities to better manage them, this lack of accountability will continue. The “kings” in these towns scattered across the highveld are in powerful positions. Instead of getting a minister to explain why we have load-shedding along with a clearly spooked chief executive, we could hear what these “kings” say the reasons are for breakdowns in their operations. Maybe, just maybe, we’ll get real answers if they were held to account.

Insanity is said to be doing the same thing over and over but expecting different results. Firing boards, changing chief executives and even removing political principals will just continue to keep us in the dark.

What the early Omicron data is showing in South Africa: WHO