With travel restrictions being reinstated against a number of countries in southern Africa by the United Kingdom, United States of America and Singapore, among others, as well as the European Union (EU) and Brazil calling for the same, there are concerns about the risk that the new infectious variant could return many economies to lockdowns. 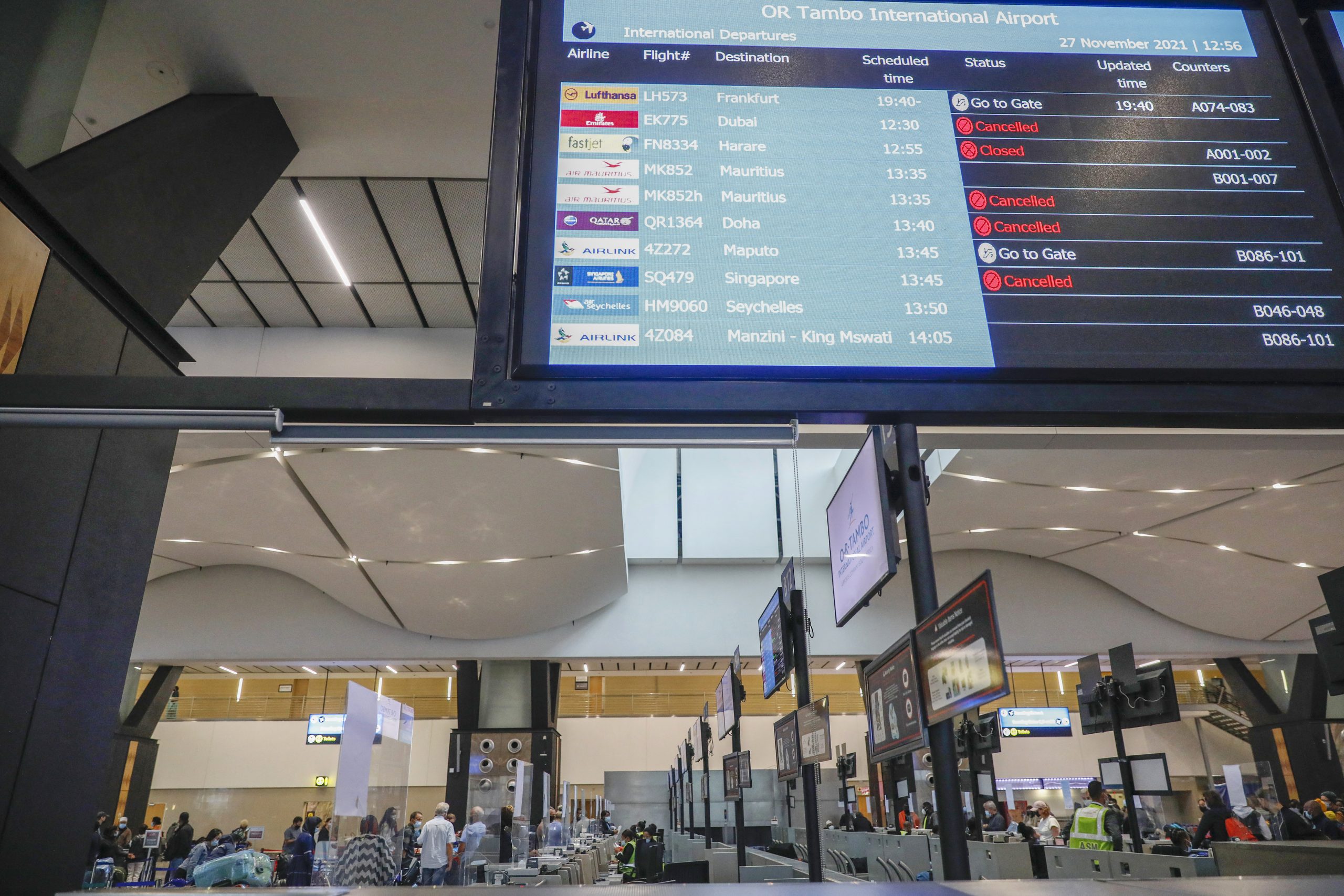 For many economies dependent on commodities trading, there are concerns for the recovery recently recorded as oil prices slumped by over 10 per cent across the board, hovering at $72 a barrel from the rally of $80.

The black liquid benchmarks had one of their worst weekly performances last week with both contracts losing over $10 a barrel on Friday, representing their largest one-day drop since April 2020.

Both benchmarks were set to reverse their four-week losing streak, posting over three per cent gain as of mid-week. However, a new variant of the coronavirus, which is reportedly vaccine-resistant, caused panic selling of the black liquid.

The sell-off was prompted by the discovery in South Africa of a new Coronavirus variant, dubbed Omicron by the World Health Organisation (WHO) last week.

The WHO said it is concerned about the variant’s large number of mutations and said “preliminary evidence suggests an increased risk of re-infection” when compared with other strains of the virus.

The variant’s swift spread among young people in South Africa has alarmed health professionals even though there was no immediate indication whether the variant causes more severe disease.

With Nigeria unable to take advantage of higher oil prices due to poor production capacity aggravated by technical disruptions, a lower oil price offers an advantage of reduced subsidy payments but lower revenue to the Federal Government.

Also, adding to the selling pressure is the coordinated release of oil reverse to the public, orchestrated by the United States. Earlier in the week, the U.S. Department of Energy announced the release of 70 million barrels of crude oil from the Strategic Petroleum Reserve (SPR).

Though U.S. President, Joe Biden, had sought the Department of Energy’s release of at least 70 million barrels of oil from the Strategic Petroleum Reserve (SPR), which is equivalent to about two days of OPEC+ output, in a bid to lower high gasoline prices, the movie did not achieve the desired objective, until the announcement of a new COVID-19 variant was made.

OPEC and its allies are expected to meet this week to decide whether to stick with its plan to gradually restore, in monthly 400,000 b/d increments, the crude production is removed from the market last year.

OPEC+ is weighing its supply options after the U.S.-led attempt to lower prices by releasing stocks has been complicated by a major sell-off on resurgent demand fears on a new COVID variant.

STAKEHOLDERS noted that the reintroduction of targeted travel bans could also slow the recent recovery in air travel right before the holiday season, and stall operations that are just making a restart after a long layover.

Already, the Nigerian flag carrier, Air Peace, and embattled South African Airways (SAA) are anxiously waiting for the Presidential Task Force on COVID-19 to take a decision on flights from South Africa. While Air Peace currently operates the Lagos-Johannesburg route, SAA is making a return to the Lagos route on December 12.

As at yesterday, Air Peace said it’s Johannesburg scheduled flights remain in operation, but stakeholders query the “laid back” approach of the Federal Government to such emergencies.

Chairman of the Airline Passenger Joint Committee of the International Air Transport Association (IATA), Bankole Bernard, said the Federal Government needs to be proactive and immediately suspend flights from South Africa, like several countries, are doing.

“Keeping quiet, as usual, will not be in our interest as a country. Besides the risk of bringing the virus home, Nigeria also risks ban by the rest of the world once the variant is detected here. If U.S., Europe and the likes are placing restrictions, then it is a serious issue that Nigeria should not take lightly in our casual manner,” Bernard said.

The travel expert, however, disagrees that the new set of restrictions and ban on flights would affect the recent rebound in air traffic. Bernard said the travelling public were locked down for too long such that another round of lockdown would be less effective.

“Just the way food is a necessity to human survival, so is travel. People are finding all means possible to travel. So, travel restrictions will not affect the current rebound.”

Globally, the South African route is fast becoming a no-flight zone with attendant effects on shares of European airlines. IAG shares fell by 14.8 per cent, Lufthansa by 12.8 per cent, and Air-France-KLM 9.7 per cent, Easyjet 11.4 per cent and Ryanair 12.1 per cent.

There are 122 flights between the U.S. and South Africa scheduled for December, according to aviation consulting firm, Cirium.

United, which has the most scheduled service with 87 flights, is set to resume nonstop flights between its Newark, New Jersey hub and Cape Town next month.

British Airways will operate 214 flights between London and South Africa next month, while Virgin Atlantic will operate 75, according to Cirium.

Yesterday, Dubai International Airport-based Emirates suspended flights to three African countries until further notice. In a statement, the Gulf State carrier announced that it will be suspending flights to and from South Africa, Zambia, and Zimbabwe from November 27.

The move by Emirates to suspend flights follows the United Arab Emirates (UAE) decision to ban entry into the country from seven nations. They are South Africa, Namibia, Botswana, Zimbabwe, Mozambique, Lesotho and Eswatini (Swaziland).

UAE’s neighbours, Bahrain and Saudi Arabia have also banned all flights from the above countries and say they will remain in place until more is known about the new strain.

Already, the government of Indonesia has banned the entry of travellers who have been in eight African countries, including Nigeria, and extended quarantine times for all arrivals to curb the spread of the Omicron variant. The ban extends to people who have been in South Africa, Botswana, Namibia, Zimbabwe, Lesotho, Mozambique, Eswatini or Nigeria in the past 14 days.

Delegates attending G20 meetings, which Indonesia chairs, will not be affected.

First discovered in South Africa, Omicron has since been recorded in the Netherlands, Denmark, Belgium, Botswana, Germany, Hong Kong, Israel, Italy and the United Kingdom.

The discovery of Omicron, dubbed a “variant of concern” on Friday by the WHO, sparked worries that it could resist vaccines and prolong the nearly two-year COVID pandemic.

Omicron is potentially more contagious than previous variants, but experts do not know yet if it will cause more or less severe COVID-19.

At the weekend, Dutch health authorities said 61 passengers from two flights from South Africa tested positive for COVID-19 and the results were being examined for the new Omicron variant.