Players and officials of the Super Eagles arrived Lagos yesterday morning from Tangier, Morocco, with a promise not to give Cape Verde’s Blue Sharks any breathing space in tomorrow’s Qatar 2022 World Cup last Group C qualifying match in Lagos. 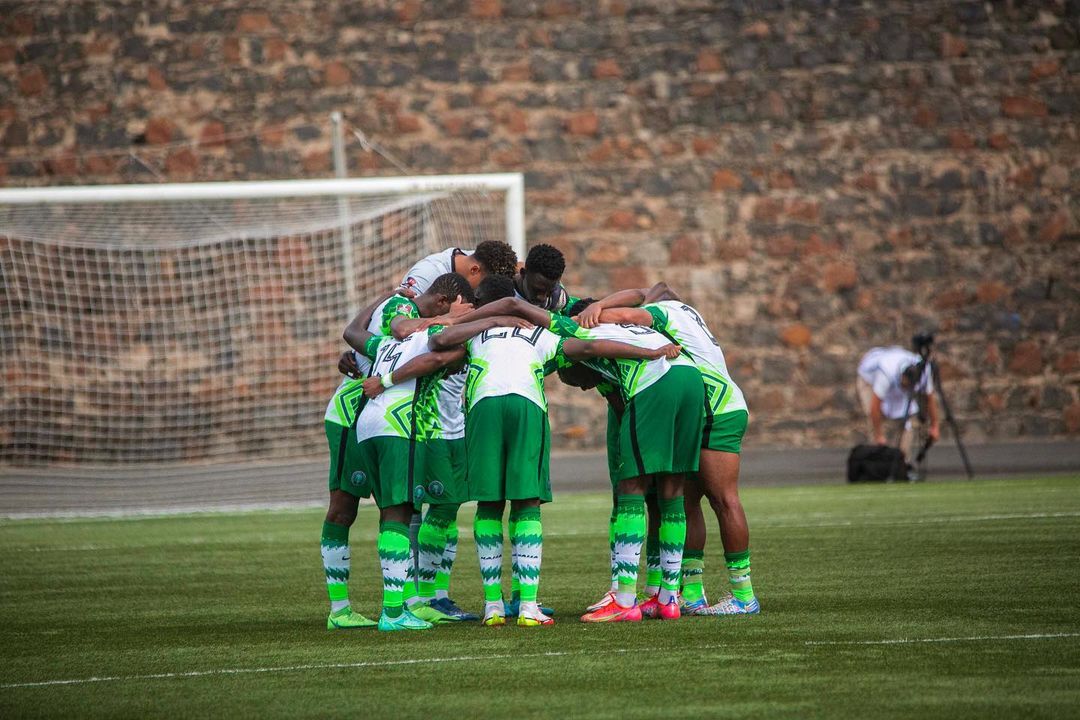 The Nigerian side got all three points at stake against the Lone Star of Liberia at the Grand Stade de Tangier, Morocco on Saturday, and will face Cape Verde’s Blue Sharks tomorrow at the Teslim Balogun Stadium, Lagos.

The President, Nigeria Football Federation (NFF), Amaju Pinnick, told The Guardian yesterday in a telephone chat that the players were in good spirit, and fully ready for Tuesday’s all-important match.

While the Eagles scored two penalty goals against the Lone Stars of Liberia, Cape Verde’s Blue Sharks came back from a goal down at half time to surmount the Wild Beasts of Central African Republic 2-1 in a simultaneous encounter on the island of Mindelo.

The result means the Eagles are still maintaining their two-point cushion at the top of the pool, and need only a draw tomorrow to reach the potentially –explosive final round scheduled for March 2022.

Pinnick said that he is optimistic the Eagles will get the job done tomorrow saying: “I came with the team from Morocco this morning (yesterday), and everything is good. The Eagles won’t disappoint on Tuesday.”

The Super Eagles defeated the Blue Sharks of Cape Verde 2-1 when they met in the first leg of the World Cup qualifiers in Mindelo in September.

Victor Osimhen’s strike and Kenny Rocha Santos’ own goal helped Nigeria come from behind to beat Cape Verde in that encounter.

How to make your property work for you