The activities of the Canadian oil exploration company ReconAfrica are being questioned in the Okavango Basin in Namibia. An investigation by the American media outlet National geographic has revealed that the company has been operating without authorization on key sites, to the great displeasure of the wildlife and the populations who are already paying the price of climate change. 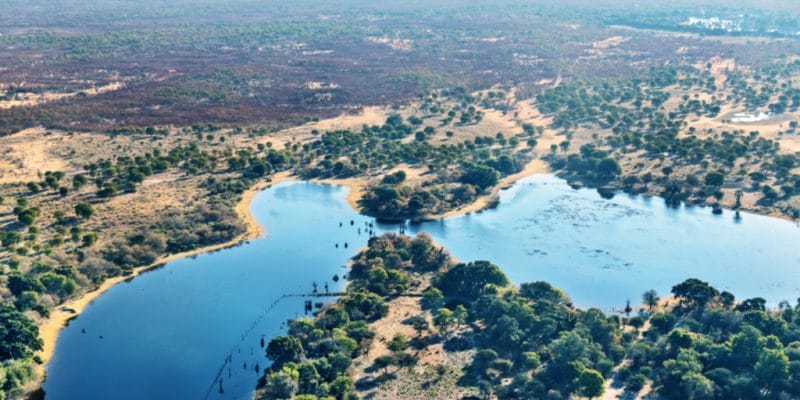 The Canadian company ReconAfrica has been present in Namibia for ten years and is working with the government to explore the oil and gas potential of the Okavango basin. One of its test drilling sites is located in Mbambi, in the west of the country and within the Kapinga Kamwalye Conservation Area. However, ReconAfrica’s oil exploration near the Okavango Delta is raising significant environmental concerns.

An investigation by National Geographic questions ReconAfrica’s approach of clearing land and conducting test drilling before obtaining use permits. According to the same source, the oil company uses water and disposes of it without a permit.

In Namibia, community reserves account for more than 20% of the country’s land. In this sense, biologists say that large-scale oil development in the region could harm elephants and other wildlife in the Kapinga Kamwalye reserve operated by ReconAfrica.

While Claire Preece, ReconAfrica’s spokesperson, follows Namibian regulations and policies, there is still controversy over the widespread ecological disruption and water impacts downstream in the Okavango Delta.

Water from the Okavango River irrigates fields in Namibia’s narrow Caprivi Strip. According to geo-hydrologist Surina Esterhuyse, pollution from oil and gas drilling in Namibia may be fouling the Okavango River and accumulating in its inner delta in the Kalahari Desert.

For Matt Totten, an expert in the field of oil and gas exploration, ReconAfrica’s project has undeniable environmental and health impacts and questions Namibia’s strategies towards a greener future that emphasizes solar, wind and hydrogen projects. During the COP26 in Glasgow, Scotland, the Namibian government made it known that renewable energies were part of its priorities.

MTN, Dangote Industries Limited, and DSTV rank among the most admired African brands in 2022