More than $2 trillion of investment would be required in equipment and infrastructure to sustain the accelerating global momentum towards establishing hydrogen as a competitive element of a net-zero carbon emissions economy by 2050, the Green Metals and Hydrogen symposium heard on November 26. 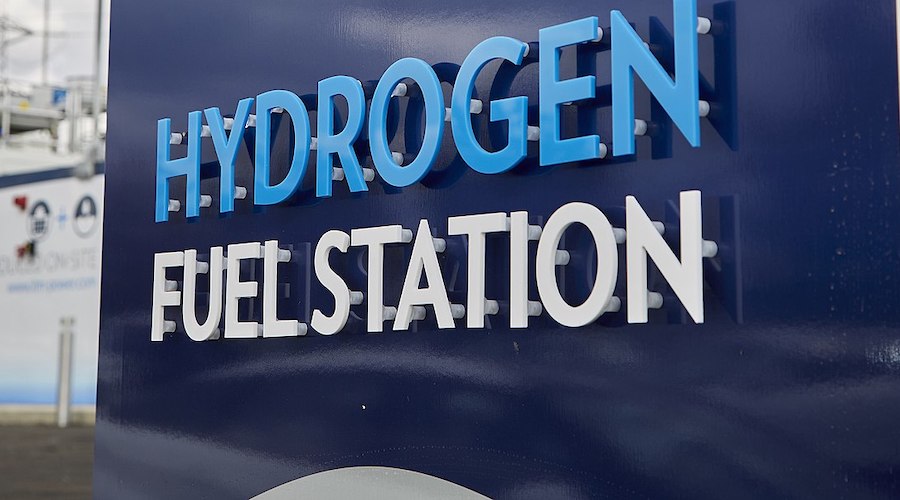 The year 2030 is viewed by key industry participants as a critical time when hydrogen-based technologies will become competitive with conventional technologies.

However, according to Dr Graham Cooley, CEO of ITM Power, while investment into the sector has been accelerating at unprecedented levels, the investment requirement pales compared with figures released earlier this year by the International Energy Agency (IEA).

Cooley cited a May IEA report that expects the world to require 322 million tonnes of hydrogen by 2050 if the world was to meet the emissions targets set out by the recent COP26 meeting.

The IEA also expects the world to require 3,585GW of electrolyzer capacity by then.

According to the Hydrogen Council’s ‘Hydrogen Insight 2021’ report, global investment in hydrogen projects reached more than $500 billion for 69GW of electrolysis capacity this year.

“ITM has the largest capacity of PEM electrolyzers in the world, and to meet the IEA targets, the figures equate the equivalent of 35 centuries of current production in the next 29 years to meet that requirement. That’s the equivalent of $2 trillion in capital investment,” said Colley.

ITM is seeing unprecedented demand for its products, with the tender backlog currently standing at 310MW. The company is seeing a potential project pipeline for an additional 1,011MW in the medium term.

On top of commitments by most nations to work towards net-zero targets, most recently, the energy transition got a shot in the arm with the Biden administration earmarking more than $10 billion for renewable energy projects in the Build Back Better framework, which includes investment in hydrogen.

When it comes to setting the policy pace, Japan has long been a leader in establishing and harnessing the power of hydrogen.

According to Tokutaro Nakai, Japan’s vice minister of the environment, hydrogen can play an increasingly important role across the fields of electricity generation, transportation and heat generation.

In 2017 Japan was the first to commit to reducing the carbon footprint of thermal power sources through hydrogen power generation, and mainly through variation absorption and power storage projects required for the mass introduction of renewable energy.

Hydrogen is also seen as critical to reducing the carbon footprint of the local passenger and cargo vehicle fleets, which account for about 85% of carbon dioxide emissions in the transport sector. The country has also succeeded in harnessing hydrogen to reduce the carbon footprint of heat generation in the industrial sector, such as steelmaking and oil refining.

According to Nakai, by 2050, hydrogen can benefit the energy environment and economy in a meaningful way.

He also outlined how hydrogen derived from garbage could become a sustainable source of gas. “We need to treat garbage as a resource in the pursuit of the circular economy,” he said.

Further downstream, Sibanye-Stillwater (NYSE: SBSW; JSE: SSW) CEO Neal Froneman is bullish on the rapidly strengthening fundamentals for the suite of platinum-group metals (PGMs) it produces in South Africa and the US.

In the short to medium term, the company sees robust demand for platinum, palladium, rhodium, iridium and ruthenium (5E) plus gold from traditional sectors such as conventional auto applications. “Robust autocatalysts fundamentals support PGM demand over the next decade,” said Froneman.

In the longer term, Sibanye is positioning its portfolio underpinned by the emerging hydrogen economy.

Platinum is the key beneficiary, being an effective catalyst for PEM electrolyzers and fuel cells. Iridium is necessary for producing green hydrogen through PEM electrolyzers using renewable energy. Ruthenium will also see an uptick in demand for its role in PEM electrolyzers, together with platinum.

He laid out a strong investment case for PGMs during the transition to electric vehicles while the adoption of battery EVs and FCEVs grow.

However, on the heavy vehicle segment, both BEVs and FCEVs are each expected to account for 7% of the market by 2030.

Meanwhile, another critical Sibanye-Stillwater product, iridium, is set to see demand explode from 2030 onwards. “PGM-containing PEM electrolyzers represent about 70% of demand from pipeline projects to 2040,” he said.

Froneman noted thrifting would be a key element to help with hydrogen technology’s cost reduction and sustainability. “We see an opportunity for the industry to align iridium demand with supply through thrifting, substitution and innovative recycling to get the hydrogen economy going,” he said.

Mining for the hydrogen economy

Meanwhile, the 5E basket of PGMs Sibanye produces becomes increasingly important as the transition to the green economy gathers pace. According to company data, BEVs are expected to grow at 18% CAGR and FCEVs at 29% CAGR through 2030.

“The increasing importance of the hydrogen economy in the next decade is going to underpin platinum demand and the minor metals iridium and ruthenium in the demand mix.”

Froneman expects Sibanye to be a significant contributor of the PGMs the emerging hydrogen economy needs by 2030. It expects to produce, either through mining or recycling, 17% of the platinum, 21% of ruthenium and 19% of the iridium needs of the green hydrogen industry by then.

“We are producing the right split of metals for the short and medium-term and investing in the metal supply for the longer term,” he said.

Kenyans keep their money in USD to protect their wealth

Kenyans keep their money in USD to protect their wealth

Gemcorp to Invest $10 Billion in Private Credit Push Into Africa