The Kenyan government has scrapped its plan to renationalise Kenya Airways, and will instead protect its financial interests during a USD1billion restructuring of the flag carrier that will include a USD827million debt take-over and a USD473 million cash injection, the International Monetary Fund (IMF) has revealed. 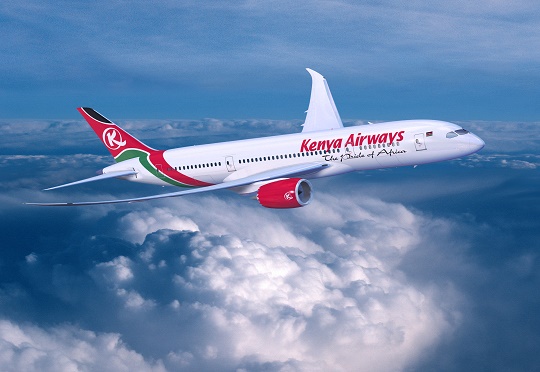 In a recent country report on Kenya, the IMF said: “The [Kenyan] authorities do not intend to nationalise the carrier and are considering appropriate mechanisms to protect the Exchequer’s [National Treasury’s] financial interests during the restructuring process”.

As part of putting Kenya Airways on a sustainable footing, the government will assume USD827 million of its debt. In addition, in FY2021/22 and FY2022/23, USD473 million will be provided as direct budgetary support to clear overdue payment obligations and to cover the upfront costs of restructuring, which will include a trimming down of the carrier’s fleet, network, frequencies, and staff complement, the IMF said.

By December, Kenya’s National Treasury (NT) will prepare a loan agreement with Kenya Airways that will include conditions for providing financial support to implement the restructuring plan. This will include clear KPIs, timelines, reporting obligations and a disbursement plan. The signing of loan agreements will follow the approval of the supplementary budget by the Kenyan Parliament.

This was disclosed in a letter of intent sent to the IMF on December 2, 2021, signed by Kenya’s Cabinet Secretary of the National Treasury & Planning Ukur Yatani and Central Bank of Kenya Governor Patrick Njoroge.

According to the letter, shared by the IMF, the Kenyan government will take responsibility for the full repayment of up to USD827.4 million of loans to Kenya Airways. Of this amount, USD750 million was already guaranteed by the government by the end of 2020. The government will service the debt based on the original amortisation schedule of Kenya Airways’ loan agreements.

Meanwhile, Kenya will continue to rely on concessional development financing, while continuing to tap global capital markets to roll over maturing Eurobonds, with the next Eurobond repayment falling due in June 2024, Yatani said. By end-December 2021, Kenya will issue a Eurobond to provide financing for the FY2021/22 budget. This financing was previously programmed for early 2022. By the end of June 2022, the country will issue another Eurobond to repay in full or in part the bond maturing in 2024.

Yatani said Kenya’s foreign exchange reserves were bolstered by significant inflows in the second quarter of 2021, including a Eurobond issuance of USD1 billion, USD750 million in budget support from the World Bank, and two disbursements totalling USD715 million from the IMF.

Yatani said key milestones in the restructuring plan for Kenya Airways would entail the following:

With a 48.7% stake, the Kenyan government is the largest shareholder of Kenya Airways. As previously reported, the country’s National Assembly in June 2019 had approved a plan to renationalise the struggling airline, but the necessary Bill was hamstrung by parliamentary processes and never enacted. Under the renationalisation plan, a holding company called the Kenya Aviation Corporation would have housed three subsidiaries: Kenya Airways, the Kenya Airports Authority, and an investment arm, the Aviation Investment Corporation.

According to the IMF, Kenya Airways has been insolvent “for some time with ongoing financial difficulties compounded by the onset of the COVID-19 pandemic”. It said Kenya Airways has the highest cost-base among all airlines in the Sub-Sahara Africa region.

“Due to its severe cashflow problems over the past three years, Kenya Airways has not been able to pay lessors and creditors due invoices, resulting in significant outstanding obligations. The company had to negotiate moratoriums and waivers with lenders and lessors and has been dependent on cash injections from the budget. Even before the pandemic, this was negatively impacting Kenya Airways’ operations,” the IMF said.

The Kenyan national carrier and South African Airways (SA, Johannesburg O.R. Tambo) have announced plans to form a new pan-African airline group by 2023 around their respective hubs at Johannesburg O.R. Tambo and Nairobi Jomo Kenyatta in an effort to bolster their operations and contain the costs of both struggling national airlines.