This post contains references to products from one or more of our advertisers. We may receive compensation when you click on links to those products. Terms apply to the offers listed on this page. For an explanation of our Advertising Policy, visit this page. 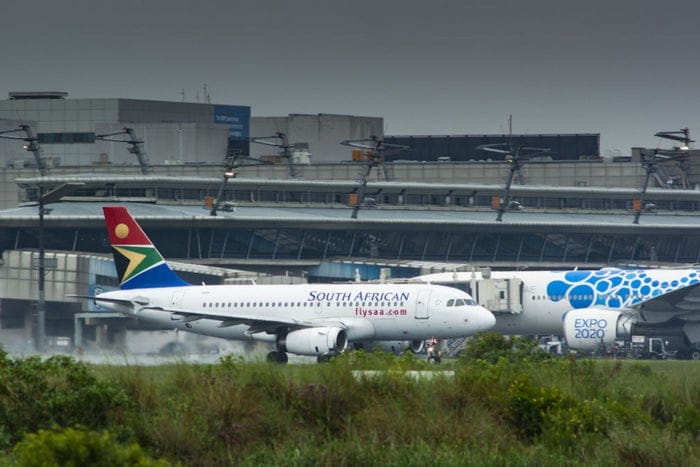 A potential partnership between Kenya Airways and South African Airways appears to be a done deal. Kenyan President Uhuru Kenyatta announced during an address to the nation on New Year’s Eve that the airlines will combine operations to form a new carrier, Pan-African Airline, with operations expected to begin in 2023.

The partnership came about as both airlines sought options to expand their global coverage as well as stem the massive losses each has incurred as a result of the COVID-19 pandemic. According to The Standard, Uhuru said the alignment will help “To boost tourism, trade, and social engagement; and to bolster continental integration.”

According to one aviation industry observer, a merger offers both carriers the best chance to stay solvent.

“Both of these airlines were struggling financially before COVID-19, so you know they’re hanging by a thread,” noted John E. DiScala, the founder and editor-in-chief of Johnny Jet. “I think it’s a great idea to keep them both afloat.”

A big question that remains unanswered at the moment is what this means for the airline’s network partnerships. South African Airways is part of Star Alliance, the biggest international alliance of airlines. Kenya Airways belongs to SkyTeam. There has been no information released about which network the new airline will be part of. That decision will obviously impact a number of travelers who want to learn if they will be able to redeem Delta or United miles when Pan-African Airline debuts.

Back in September, Reuters reported Kenya Airways said in a statement, “It is not a merger but a partnership that seeks to re-organise (sic) KQ and SAA assets into an ecosystem that will make the South African and Kenyan aviation sector more competitive.”

Kenya Airways has suffered dire financial losses since the coronavirus crisis upended global air travel. It reported losses of more than $333 million in 2020,  and lost more than $100 million in the six-month period that ended June 30, 2021.

South African Airways only recently resumed operations last September after grounding all commercial and cargo flights since September 2020. But even before the pandemic, SAA was hemorrhaging cash. Since 2018, the airline had amassed close to $1 billion in losses. It took an infusion of cash from the government to keep the country’s national carrier in operation.

It is believed that the deal to combine operations and form Pan-African Airline was finalized during Uhuru’s two-day visit to South Africa last month.

GUNTER SET TO RETURN FOR SPRINGBOK WOMEN AGAINST ENGLAND U20S