What you need to know: 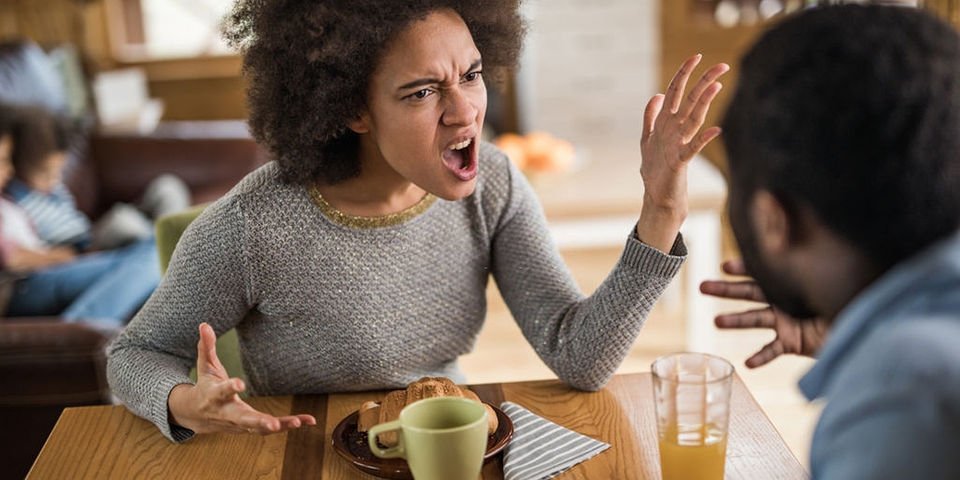 Relationships have for long been said to be a fragile matter and inasmuch as technology is changing so fast, hence trying to pull everything with it, some things remain unchanged. With marriage in mind, many wonder if sex before marriage is okay while others think it is not fine. So, where does one draw the line?

If people with varying thought lines are in a relationship, what happens? Do we get married to satAs little children, we argued our way to being understood. This went on into our adulthood and one thing always stood out, there is a thin line between arguing and quarrelling.

Sexual betrayal is the most recognised form of cheating in relationships. However, there are other forms of infidelity that are just as vicious and as harmful as a sexual betrayal. For example, your spouse may not be cheating sexually, but he could be emotionally attached to someone else. This form of attachment is what leads to an emotional affair.

The thin line between an emotional affair and platonic relationships

According to Dr Abigail Brenner, a psychiatrist and the author of Transitions: How Women Embrace Change and Celebrate Life, there is a thin line between an emotional affair and a platonic friendship. This is the line that a spouse who is engaged in an emotional affair can use as a defence. “A platonic relationship and an emotional affair initially look similar. But as they progress, distinct differences emerge,” she says.

On one hand, Dr Brenner says, a platonic relationship will usually be with a friend whom you may like, admire or trust, and who you want to keep in your life. This will mostly be someone you have known for a long time. Your relationship will not be sexually inspired, and you will not shy away from letting your partner into this relationship. On the other hand, an emotional affair will be as discreet as a sexual affair.

“With an emotional affair, the level of emotional intimacy will be excessive. Also, the level of emotion that the cheating partner has invested in the affair will infringe on the level of intimacy, attraction, and satisfaction with the main spouse or partner,” says Dr Brenner. This infringement will then result in feelings of separation, loneliness, alienation, neglect, and abandonment. In some cases, this may lead the afflicted partner to also seek emotional and sexual fulfilment outside the relationship.

Like all other types of affairs, emotional infidelity follows a script. They are initiated when a void erupts in the relationship, leaving the partners feeling empty, purposeless, unsatisfied, and unhappy.

“This happens when you unintentionally drift apart, stop spending time together, stop making happy memories, and when you start taking each other, or the relationship for granted,” says psychologist Dr Chris Hart.

Prof Wendy Lustbader, the author of Counting on Kindness, adds that in marriages, emotional infidelity is nurtured when there is correspondence between a spouse and someone outside the marriage who is also stuck in the same marital predicament.

“The correspondence will start casually then grow in frequency and intensity. They will quickly establish a strong connection because they seem to understand each other due to the related issues and frustrations they are both facing in their relationships,” she says.

In addition, Dr Brenner says there may be nothing wrong with the primary relationship or marriage when an emotional affair starts.

“Reasons why emotional affairs happen vary from a bad relationship to innocent interactions. For instance, it could be that your work has you spending a lot of time with a colleague. Then what starts out as a necessity such as working at the office together for long hours evolves into something more emotional,” she says. It does not always take a neighbour or a close associate to establish an emotional affair. The persons involved could be counties or countries apart.

Men and women do not view emotional infidelity the same way. Dr Diana Kirschner, a psychologist and the author of Love in 90 Days, says an emotional affair will be more hurtful for women than men. “For men, love is more of a sexual connection while women view love as an emotional matter,” she says. But the aftermath of an emotional affair is usually devastating for both genders. “The relationship will start crumbling once a couple loses its loving connection, regardless of the source or cause,” she says.

The first step is to break away from the person you have been having the affair with.

“The same way you would stop seeing them if you were ending a sexual affair, you must also terminate communication by distancing yourself and redirecting your concerns back to your relationship,” says Dr Kirschner.

She adds that one of the ways you can get back on track is to start acting as if you are having an emotional affair with your actual partner.

“Stop absenting yourself from your spouse. Instead, let your partner be the person you have the affair with. Confide in them, discuss your problems with them, and get sexy and attentive with them,” she says. Also, Dr Meyers says, one of the most effective ways you can stop an emotional affair from taking place altogether is to be counterintuitive.

“The trick is to be aware of all the triggers of emotional infidelity and to discuss them when your relationship is happy, satisfying, and stable. This will avert the affair altogether,” he says.

According to Dr Brenner, there are signs you can watch out for that will tell you if your spouse or partner is engaged in an emotional affair.

Your intuition: When an emotional affair starts, you will realise that something is out of the rails. If you have been tightly connected emotionally and have a habit of expressing your emotions, you will notice that this connection has loosened up. You will feel a gap or distance between yourself and your partner that will keep growing.

Time away: You will notice that your partner has started spending a lot of time away. This will be common if your partner is engaged in an emotional affair with their colleague. This might be harder to tell because the justification of work might initially sound reasonable.

Secrets: It is a red flag when your spouse, who has been sharing secrets, suddenly goes mute. This will be mainly because they have established a connection with someone else, with whom they are sharing the secrets.

Criticism: In any affair, the cheating partner will get critical of their spouse. They will be angry, judgmental, and irritated to deflect their guilt. This will be the same case with an emotional affair.

Quick takeaway: What to do

Boundaries and expectations: Talk to your spouse about what you feel is happening. Dr. Brenner says you should describe the changes that you have observed. “Your partner will likely respond with defensiveness and denial. They might even express anger. However, you must stand your ground if there are reasonable grounds to do so,” says Dr. Brenner. She adds that you will need to determine if you are ready to stay in a relationship with someone who is emotionally engaged with another person, and what you will do if they are resistant to changing or terminating the affair.

Therapist vs friend: According to Dr Kirschner, if you have serious concerns about your relationship or your partner, it is prudent that you seek the help of a professional counsellor or therapist instead of confiding in a friend of the opposite sex. This is because what might be a genuine expression of your concerns could open a floodgate of emotional connections.

Guinea-Bissau vs Egypt: All eyes on Salah as Pharaohs aim to bounce back