The African Union’s African Peer Review Mechanism has waded in to support Ghana after the country criticised Moody’s downgrade decision and alleged the ‘institutional bias’ of credit ratings agencies towards African countries. 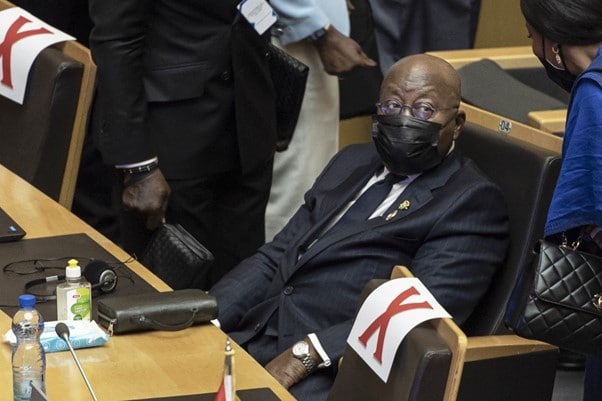 Moody’s downgraded Ghana’s long-term foreign currency sovereign rating from B3 to Caa1 (with a stable outlook) on February 4th and said it faces an increasingly difficult task of addressing liquidity and debt challenges.

Ghana’s finance ministry responded on Monday that it was ‘gravely concerned’ that key data had been omitted in the decision, including “2022 budget expenditure control measures and 2022 upfront fiscal adjustments.”

The ministry also alleged the use of “inaccurate balance-of-payments statistics” and hit out at a process which it said was “based entirely on a desktop exercise (and) virtual discussions” without a visit to Ghana from Moody’s country analyst.

Ghana’s criticism has reignited a years-long vigorous debate over whether Africa’s sovereigns are treated fairly by the global credit ratings market, which is dominated by the ‘Big Three’ of Moody’s, Fitch and S&P Global Ratings.

Credit ratings remain a highly influential tool used by investors in their allocation of capital.

While Moody’s decision sent Ghana’s sovereign bonds tumbling on Monday, Moody’s is not the only credit rating agency to have recently downgraded Ghana.

In January, Fitch downgraded Ghana’s long-term foreign-currency issuer default rating to B- from B, with a negative outlook.

By contrast, S&P Global Ratings last week affirmed Ghana’s rating at B- with a stable outlook.

In its statement, Ghana alluded to wider African concerns with the credit rating market.

“We are gravely concerned about what appears to be an institutionalized bias against African economies in this aspect… with little regard for the adverse impact on the cost and access of financing for African Sovereigns…We shall actively continue to support the global outcry against this leviathan,” the statement said.

On Tuesday, the ministry’s criticism was supported by the African Union’s African Peer Review Mechanism (APRM), which called on Moody’s to review the decision and its coverage of the country.

“The APRM supports and corroborates the observations made by the Government of Ghana in its statement which highlights significant fundamentals that contradict the downgrade action by Moody’s,” it said in a statement.

The organisation, an instrument of AU states whose mandate is to encourage conformity with regards to political, economic and corporate governance values, codes and standards, cited “technical inaccuracies” on behalf of Moody’s and said that the decision to assign only one primary analyst to assess Ghana “significantly enhances the probability of negative analyst biases”.

The report echoed Ghana’s criticism of the alleged appointment of a primary analyst just days prior to the rating decision, who it claimed “is based outside the country and has never visited Ghana in the period of assessment.” Moody’s has yet to publicly respond to the criticism.

In his inaugural speech as chair of the African Union on Saturday, President Macky Sall of Senegal condemned the high rates of interest that African countries pay due to what he called “subjective” judgements on the part of the international ratings agencies.

He called for the establishment of an AU financing task force, which should consider pressing for reforms to the rules of OECD, establishing a pan-African ratings agency and the setting up of a financial stability mechanism, a project on which the African Development Bank is already working.

The outcry came just days after Moody’s announced that it would enhance its African coverage with the purchase of Global Credit Rating Company Limited, a credit rating agency in Africa with operations in South Africa, Nigeria, Senegal, Kenya, and Mauritius.

Following the transaction, which is expected to close in the second quarter of the year pending regulatory approval, GCR will continue to develop its own rating methodologies, issue its own credit ratings, and maintain a separate management team.