The businessman Valdomiro Minoru Dondo, reiterated his commitment to continue helping the Neurosurgical Center for the Treatment of patients with Hydrocephalus (CNTH), located in Benfica, Luanda, which in the last 8 months operated on more than 500 hydrocephalic children and carried out 2,000 clinical consultations. 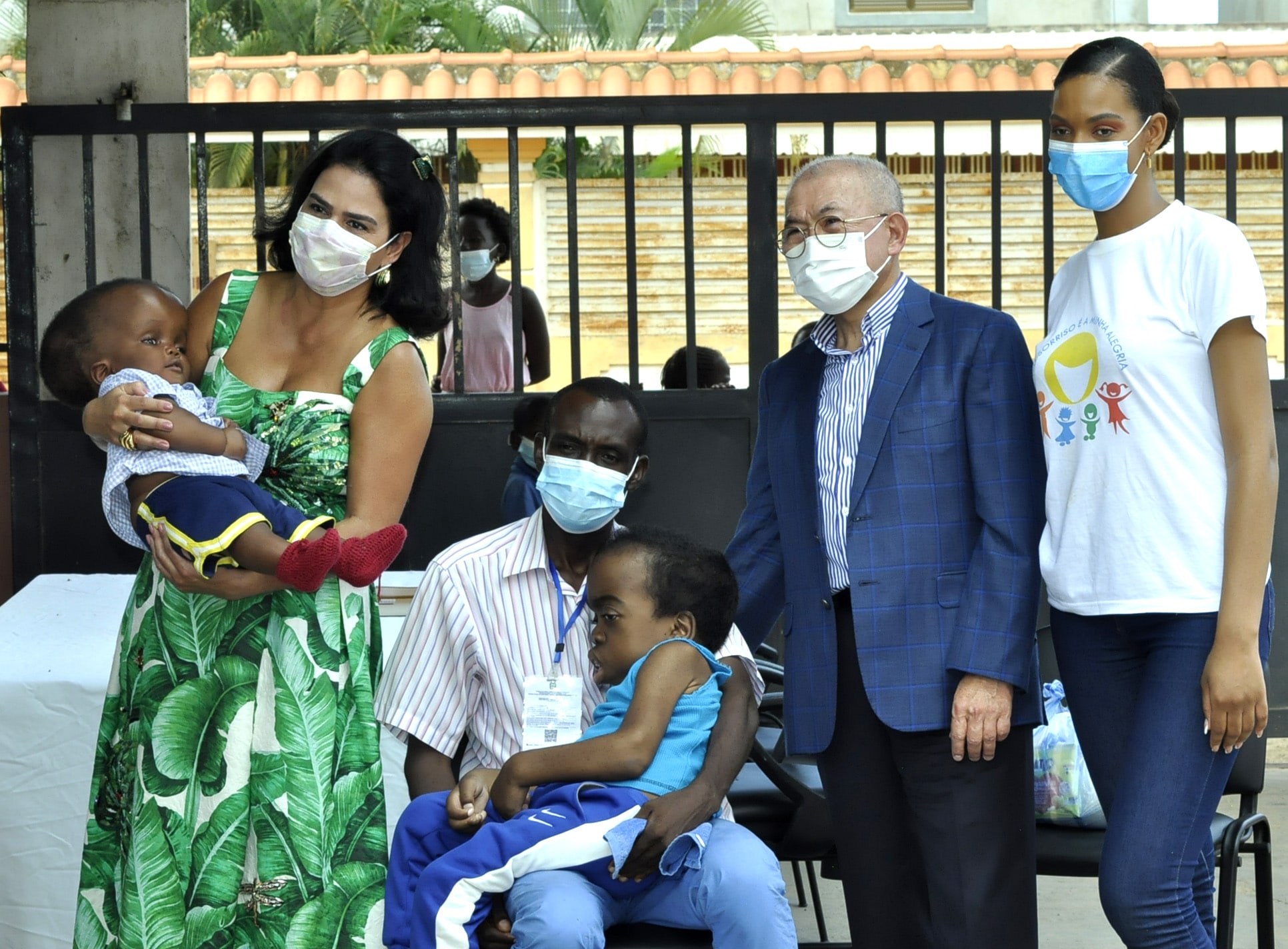 “Our help contributes to the surgeries and solutions being given in the short term”, guaranteed the philanthropist who has supported the center since 2016 and this Saturday has donated a check to pay for new surgeries, medicines and food supplies. “I left sensitized and promised that I would continue to support the hydrocephalus hospital going forward,” said the businessman, this Saturday morning, during a visit to the aforementioned hospital, where he reaffirmed his duty to continue supporting the institution.

The entrepreneur was informed of several complexities that the center is going through, mainly because the center’s financial needs are not included in the General State Budget.

Praising the social work carried out by CNTH, Minoru Dondo said that he has contributed with a monetary value that allows for the carrying out of future surgeries.

Agla Dondo, the businessman’s wife, highlighted and encouraged the mothers, who according to reports, are forced to sell their private possessions in order to pay for their children’s medical consultations and surgeries.

“It’s my first time here, I’m super impressed with this work”, she declared, thanking the team that developed the work, which she described as “so important” for the Angolan society.

“I want to ask God that you are ever more blessed”, said Mr. Dondo, and added, he will spare no effort and will do everything he can to help.

Doctor Inocente Mayanda, the person in charge of the center, thanked the gesture and said that in addition to a check, the couple donated medicines and food supplies.

“Now that our institution has the Dondo family as Godparents, we have to publicly express our thanks on behalf of children with hydrocephalus.”

The project started in 1998. Statistics from
2008 so far indicate that over 6,000 surgeries and counting have already been performed.

South Africa’s health system is on its knees: the budget offers no relief

The green economy is poised to create an immense amount of prosperity—but will everyone benefit?

The green economy is poised to create an immense amount of prosperity—but will everyone benefit?

MOROCCO: OCP to treat and reuse wastewater at Kasbat Tadla

A Digital Media Startup Growing Up With Millennial Women