England captain Owen Farrell and team-mate Jamie George have pulled out of the England squad to face South Africa due to injuries. 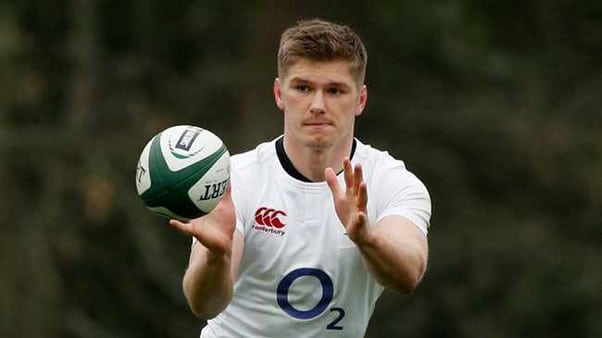 Farrell limped off in the closing stages after suffering an ankle problem during England’s 32-15 win over Australia on Saturday.

Saracens hooker George sustained a knee issue in the same game against the Wallabies.

Farrell, 30, already had miss the win against Tonga earlier in November after having to isolate following a false-positive coronavirus test.

“Owen Farrell (ankle) and Jamie George (knee) have withdrawn from the squad with injuries sustained during England’s 32-15 win over Australia last Saturday,” an English Rugby Union statement said on Monday.

Jack Singleton and his uncapped Gloucester team-mate Harry Elrington have been called up by England head coach Eddie Jones ahead of the Springboks’ visit to Twickenham in the Autumn Nations Series on Saturday.

Singleton, 25, returns to the England fold having won three caps in 2019, including a substitute appearance against the United States during the World Cup pool stage.

Elrington, 27, joined Gloucester ahead of the current season having begun his career with London Irish.

England will be looking for revenge against South Africa in their first meeting since losing the 2019 World Cup final 32-12 in Yokohama.