The Central Bank of Nigeria said on Friday that the eNaira wallet has been downloaded over 488,000 times from over 160 countries. 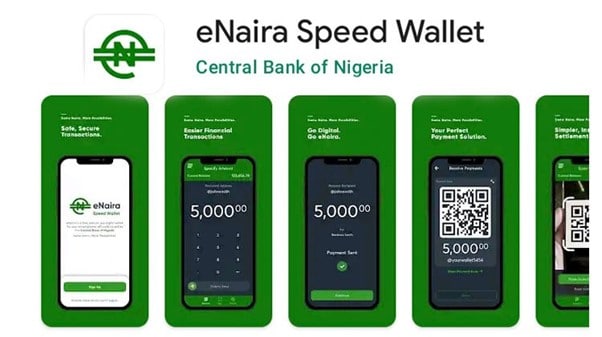 The CBN said in a statement, “So far, we have onboarded over 488,000 consumer wallets and about 78,000 merchant wallets, with these downloads occurring in over 160 countries (per Google Playstore and Apple Store data).

“We have also recorded almost 17,000 transactions amounting to over N62m with the average transaction being about $9.3 each. These numbers suggest the adoption rate has been excellent.”

The Federal Government formally unveiled the country’s Central Bank Digital Currency, known as the eNaira, in Abuja in October.

According to the CBN, the launch of the eNaira was a culmination of several years of research work in advancing the boundaries of the payment system, in order to make financial transactions easier and seamless for every stratum of society.

The CBN described that eNaira as the digital form of the naira, issued in line with Section 19 of the CBN Act.

“It is a direct liability of the bank, a legal tender and will form part of the currency-in-circulation and will be at par with the physical naira,” it said.

According to the guidelines introduced by the apex bank, eNaira will complement traditional naira as a less costly, more efficient, generally acceptable, safe and trusted means of payment.

It said it would improve monetary policy effectiveness, and enhance government’s capacity to deploy targeted social interventions and boost remittances through formal channels.

According to the CBN, the eNaira wallet is required to access, use and hold eNaira.

It added that the eNaira would be exchangeable for other Central Bank Digital Currencies.