The Confederation of African Football (CAF) Super Cup will take place at the Ahmad Bin Ali Stadium, also known as Al Rayyan Stadium, in the Qatari capital Doha on Wednesday. This will be the fourth straight CAF Super Cup match to be staged in Qatar. 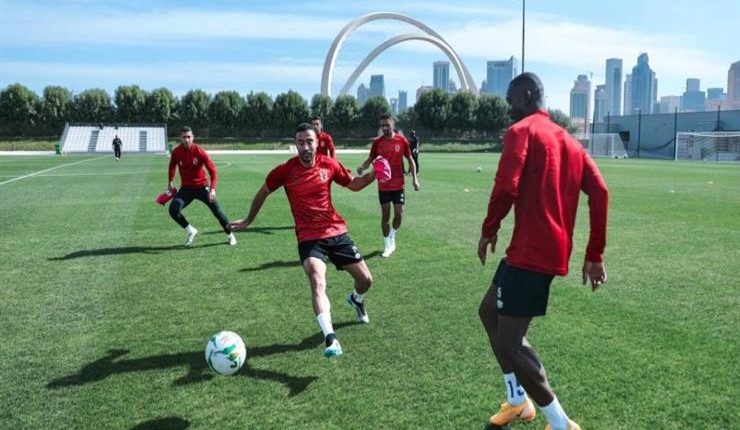 The match will be contested by defending champions and CAF Champions League winners Al Ahly of Egypt, and CAF Confederation Cup winners Raja Casablanca of Morocco.

The Egyptian side will be aiming for a record-extending eighth title while the Moroccan side will be targeting a third title to go joint-third on the all-time list with TP Mazembe of the Democratic Republic of Congo.

In the previous five confrontations between the two teams, each of them won once and three matches ended in draw, which confirms that it will be a tough game.

Al Ahly prepared for the meeting early, as they arrived in Qatar last Friday, and the mission was headed by Mahmoud Al-Khatib, President of Al Ahly.

Al Ahly were negatively affected by the absence of a large number of main players who participated with their national teams in the Arab Cup in Qatar.

The squad completed only three days before the match, as the South African coach, Betso Musimani, set a recovery programme for the international players, while the rest of the players underwent strong physical training to reach the best technical and physical level in the upcoming meeting, where Al-Ahly had tied with Tala’ea El Gaish SC and defeated Smouha in a friendly match.

Over the past days, the technical staff has been keen to study the Raja team and watch its last matches to put its hand on the strengths and weaknesses among its ranks and develop the best method to confront it, as well as put all the expected scenarios in the meeting in action to avoid any surprise.

It is expected that Al Ahly will start tonight’s meeting with a formation consisting of Mohamed El-Shennawy as the goalkeeper, as one of the most important elements of the Red team’s strength, given the vast experience that he enjoys in the decisive matches.

In the defence line, it is expected that Badr Banon will start with Yasser Ibrahim or Ramy Rabia. Akram Tawfiq remains the first choice for the technical staff as the right back, and on the left there is no alternative to Ali Maaloul.

In the midfield, there are Malian Aliou Dieng, Amr Al-Sulayya and Hamdi Fathi, and the latter has a defensive role with the heart of the back line to grant freedom of progress to Akram, Maaloul and Al-Sulayya.

In the attack, it is expected to start with Mohamed Magdy Afsha, Percy Tau and Mohamed Sherif, as the most prominent trio in light of the technical staff’s confidence in their abilities, which was clear from the league matches before the stoppage period, which witnessed a strong red start.

For his part, Sayed Abdel Hafeez, the director of football, confirmed that the meeting of Al Ahly and Rajaa is a North African derby with a special flavour when it is held in the African Super Cup, noting that Al-Ahly prepared for the meeting well in an effort to preserve the title.

He added that they respect Raja as one of the great teams in Africa, which has extensive experience, indicating that he hopes the match will come out in a manner worthy of the name of the two teams, as well as Egyptian and Moroccan football.

Mosimane is looking for sixth title with Al Ahly

South African Pitso Mosimane will be looking for the third CAF Super Cup title and the sixth title in general with the Red Devils.

Badr Bannoun, Al Ahly’s Moroccan defender, won the Super Cup title with both Al Ahly and Raja. He presented years of brilliant performance with Moroccan Raja and achieved many titles, including the CAF Super Cup in 2019.

Who comes to mind when you think of the most successful football clubs in the world? With the impressive title of ‘most successful club in the world’, Egyptian winning machine Al Ahly have 138 trophies at the time of writing. Al Ahly have a record of 42 national league titles, 37 national cup titles, and 11 national super cup titles, making them the most decorated club in Egypt. They have never been relegated to the Egyptian Second Division. Al Ahly are considered the most successful team in Africa and are one of the continent’s giants.

In international competitions, the club has won a record 10 CAF Champions League titles, a CAF Confederation Cup, a record seven CAF Super Cups, a record four African Cup Winners’ Cups, an Afro-Asian Club Championship, an Arab Club Champions Cup, an Arab Cup Winners’ Cup, a record two Arab Super Cups, and has won two bronze medals in the FIFA Club World Cup. With 23 continental titles, Al Ahly are the most successful football club in African history with 23 continental titles, and were voted by CAF as African club of the 20th century. The club’s international trophy haul is the second largest in world football, behind only Real Madrid which have 26 titles.

El-Shennawy led the Red Devils to win two CAF Champions League titles in the last two editions, in addition to the CAF Super Cup and the Club World Cup bronze in the last edition.

Abiy Ahmed: Will a Nobel peace laureate be wanted in The Hague?