Boosting relations with Africa is one of the priorities of Egypt’s foreign policy, and though the last year has seen a rise in the number of conflicts on the continent, it has also opened doors for enhanced cooperation. 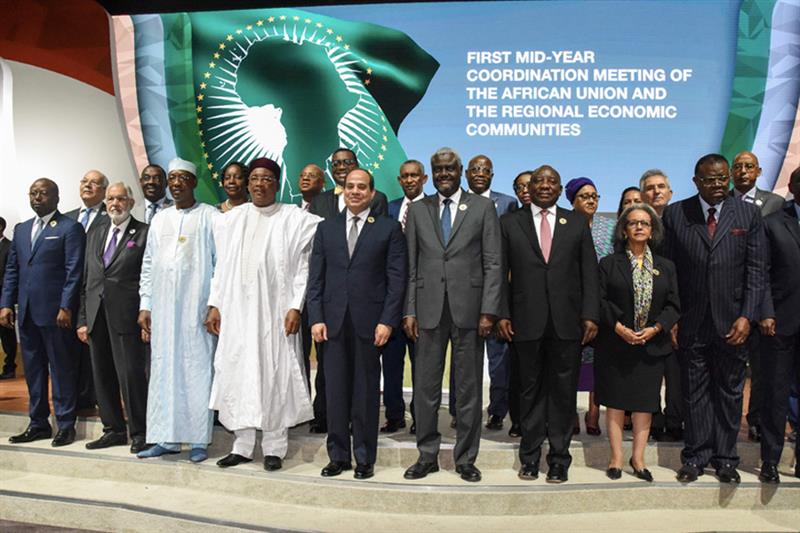 Perhaps the biggest crisis Egypt will face this year in terms of African conflicts is the crisis in Libya. Cairo, which has long argued that the removal of all foreign troops and mercenaries is a necessary precursor to stability in Libya, had been waiting for the presidential elections as a first step towards reinstating peace and security in Egypt’s western neighbour. The postponement of the elections represents a major blow to international efforts to end a decade of chaos in the country.

Ali Al-Hefni, former deputy to Egypt’s foreign minister, expects a push towards holding parliamentary and presidential elections as soon as possible, but stresses that this will require concessions and compromises. Any poll, he says, will face obstacles, but that “Egypt and the international community have little choice but to push for the holding of elections and the creation of more room for agreement and consensus.”

Rakha Hassan, a member of the Egyptian Council for Foreign Affairs, argues that “holding successful elections requires a degree of national reconciliation, uniting the army and keeping it under the control of the central government, steps that will eventually lead to the ousting all foreign fighters from Libya.”

Given the necessary prerequisites, he says elections should be delayed until March or April, allowing time for a referendum to be held on the constitution.

The first round of Libyan elections had been scheduled for 24 December 2021, and the second round on 24 January 2022.

The stalled transitional phase in Sudan constitutes another problem that Egypt must face in 2022.

According to Al-Hefni, it is necessary to create more channels for communications and compromises between Sudan’s military and civilian parties.

“The only way out involves encouraging the military to take decisions that will calm the Sudanese street and allow the transitional phase to pass smoothly,” he says.

The beginning of the year saw a rise in protests following the resignation of Prime Minister Abdalla Hamdok on 2 January, with demonstrators demanding an end to the military’s role in the country’s transition to democracy.

Hamdok cited the failure to reach a compromise between the military and the pro-democracy civilian movement as the reason for his resignation.

Hamdok was ousted in October, only to be reinstated a month later following a deal with the military that aimed to calm protests in the streets. The protest movement is insisting that a fully civilian government lead the transition, a demand the military rejects, saying it will only hand power to an elected government.

“If the three countries cannot reach an agreement on the filling and operation of GERD soon, we will be facing the impacts of a third filling of the dam in July with no deal in place,” says Abbas Sharaki, professor of geology and water resources at Cairo University.

A number of developments in the last 12 months contributed to delaying the restart of talks, including the conflict between the government of Ethiopia and the Tigray People’s Liberation Front (TPLF).

Ethiopia took a unilateral decision to begin a first filling of the dam during the 2020 flood season, and embarked on a second filling last year. Egypt fears that a repeat filling in the absence of any stipulations enshrined in an agreement this year will reduce the flow of Nile water.

Al-Hefni is pinning some hope on Senegal, which assumes the chairmanship of the AU next month, and the ability of Senegalese President Macky Sall to get the tripartite talks back on track.

In the next 12 months it is likely that Cairo will work to consolidate cooperation and trade with other African countries based on existing economic and trade agreements, including the Common Market Agreement for Eastern and Southern Africa (COMESA) which was reached between 21 African states and aims to promote regional integration.

Egypt, this year’s COMESA president, will focus on creating an environment conducive to furthering economic integration and increasing intra-regional trade and investment. Another agreement that can pave the way for more trade cooperation is the African Continental Free Trade Agreement, signed in 2018. Egypt was among the first countries to sign and ratify the agreement, in the hope it would boost exports to the African market.

Africa’s transcontinental road infrastructure is expected to be strengthened this year, with work on roads linking Cairo and Cape Town, Cairo and Dakar, and a highway extending across West Africa from Nouakchott, Mauritania to Lagos, Nigeria. There is also an ambitious river link project between Alexandria and Lake Victoria, which would make Egypt a gateway to Central Africa via the River Nile.

Al-Hefni points to how effective Egyptian-African cooperation proved in facing the Covid-19 pandemic. Egypt has become a centre for manufacturing Chinese vaccines and exporting them to African countries. The recent opening of the Magdi Yacoub Heart Centre in Rwanda is another example of successful cooperation in the health field.

Hassan also stresses the possibility of greater technical, scientific, and medical cooperation with the African states via the Egyptian Agency of Partnership for Development (EAPD). The agency, established in 2014 as the first South-South cooperation body in Egypt, aims to capitalise on Egypt’s comparative advantages and technical expertise for the benefit of the African countries.