Kevin De Bruyne will make his first Manchester City start for a month in Tuesday’s Champions League trip to RB Leipzig after Pep Guardiola revealed the Belgian was left feeling “empty” by coronavirus. 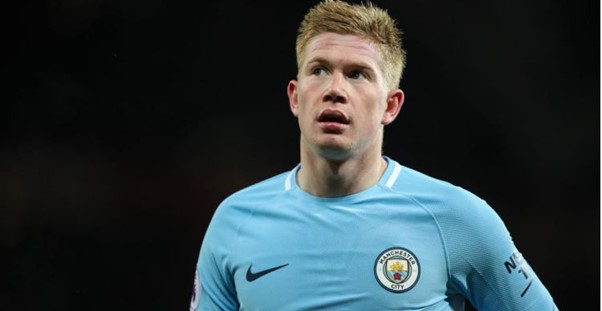 De Bruyne’s season has been heavily disrupted by injury and illness.

The 30-year-old suffered ankle ligament damage when representing his country at Euro 2020 that prevented him from starting a Premier League game until late September.

De Bruyne was just starting to find his form with an impressive performance in a dominant 2-0 City win over local rivals Manchester United when he tested positive for Covid-19.

Guardiola used him sparingly in Saturday’s 3-1 win at Watford as a second-half substitute, but confirmed he would start in Germany even though his side have already secured their place in the last 16 as Group A winners.

“Kevin was growing in his physical condition and then he had the setback,” the City boss said on Monday. “People who have suffered coronavirus, after they feel empty,”

“Step by step he will play the minutes. Tomorrow he will start.”

De Bruyne is likely to be one of the more experienced heads in the City team as Guardiola has included youngsters Cole Palmer, James McAtee, Romeo Lavia, Joshua Wilson-Esbrand and Conrad Egan-Riley among his squad.

“It’s an incredible experience in Europe, maybe tomorrow some can play minutes,” added Guardiola. “We have five substitutions and maybe we can use them.”

MTI liquidators chasing down an additional R2bn in ‘possible debtors’

THE TRUTH ABOUT LIP SHADING

THE TRUTH ABOUT LIP SHADING

De Beers to extend life of Namibia mines to 2042