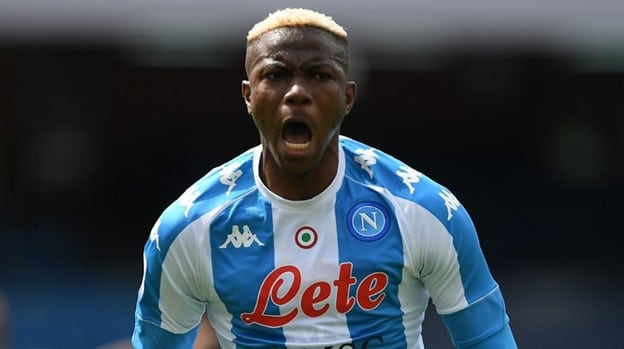 Had earlier reported that the German giants were looking at making an offer of €100m for the Nigeria forward.

But according to Italian paper, Calcio Mercato, Bayern might make an offer for the 22-year-old as early as January.

Osimhen joined Napoli from French Ligue 1 side, Lille for an African record fee of €81m.

According to the Italian paper, Napoli won’t accept less than €100m for Osimhen.

“Bayern Munich are plotting a swoop for Victor Osimhen and could make a move in January. However, Napoli wouldn’t accept any offer lower than £84m (€100m),” Calcio Mercato wrote.

A recent report claimed that Manchester City and Manchester United were both interested in the Nigeria international, while Real Madrid are thought to have identified him as an alternative to Kylian Mbappe, should the Frenchman not make the move from Paris Saint-Germain.