The Bank of Russia said it will start purchasing gold again, just under two years after it ended a long-running buying spree that helped prop up bullion prices last decade. 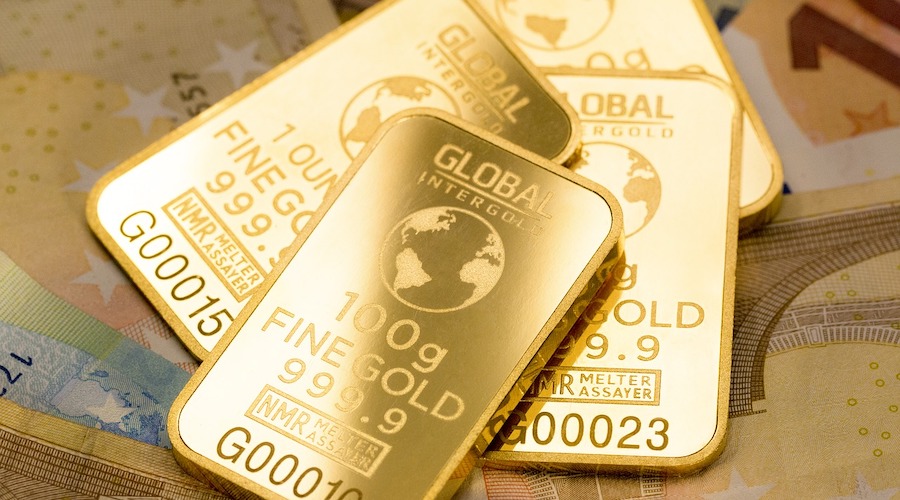 The central bank will begin buying gold again on the domestic precious metals market, it said in a statement. The move comes after the monetary authority and several of the country’s commercial banks were sanctioned in response to Russia’s invasion of Ukraine.

The Bank of Russia spent six years rapidly accumulating gold, doubling its holdings and becoming the biggest sovereign buyer. It stopped in March 2020 as prices spiked at the onset of the pandemic, and has largely kept its stockpile steady since. The Russian purchases provided a key pillar of support for the market at a time when demand from investors was muted.

Gold swung wildly last week, surging as investors turned to haven assets after Russia invaded Ukraine and then tumbling back as Western nations imposed sanctions. Prices rose 1.1% to $1,910.11 an ounce as of 10:34 a.m. in Singapore on Monday, and are up more than 6% this month.

Russia will continue to usurp its own production of gold to bolster its war chest and that’s likely to be viewed as initially bullish by the market, Nicky Shiels, head of metals strategy at MKS PAMP SA, said in a note. But the purpose of buying gold in the domestic market is to monetize it when required, she said.

“It matters less that gold will likely be siphoned off to other bad actors, off-market, therefore technically not hitting the global flows,” Shiels said. “It’s the impact to sentiment which is greater,” and the fear over potential central bank sales will hang over the market, she said, adding that a further collapse in the ruble will make Russia more likely to sell gold.

Central bank buying has been a key source of demand for bullion in the past year, alongside a revival in appetite from Asian jewelry consumers. Central banks added 463 tons to reserves in 2021, an increase of more than 80% from a year earlier, according to the World Gold Council.

Russia had more than 2,000 tons of gold at the end of January, according to data from the International Monetary Fund, accounting for just over 20% of its reserves. It’s the fifth-biggest sovereign gold owner globally.

Africa’s being marginalised on the world stage, finance chiefs say

4 health trends that will continue to shape 2022