The year 2021 was more presentable to the aviation industry compared to the preceding one – thus reviving hopes for a speedier recovery. 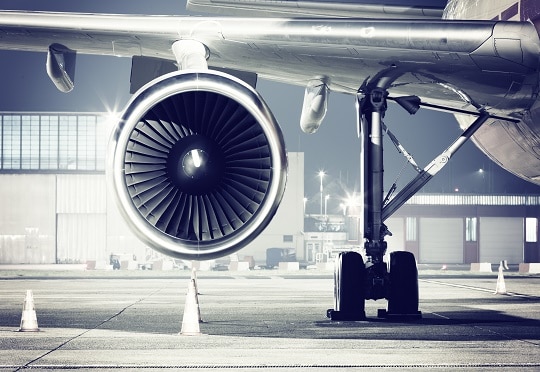 However, despite recording an improvement in 2021, airlines and ground-handling companies were still operating below the level they recorded before the outbreak of Covid-19 in late 2019.

The global aviation industry has been enduring one of the most difficult periods in its history during these two years.

With the number of airlines to have collapsed already at its highest level since 2012, the disappearance of international travel amid a protracted global health crisis pushed even more companies to the brink of collapse.

It is a situation the industry is still struggling to surmount, though stakeholders who spoke to The Citizen in separate interviews, said they were seeing a glimmer of light at the end of the tunnel.

When it came to passenger load factor, which measures the capacity utilisation of airlines, the national flag carrier was by December operating at between 60 and 70 percent of the pre-Covid-19 era.

This is a huge improvement compared to about 40 percent that the airline was operating in a similar period last year.

“The Covid-19 vaccination has increased travellers’ confidence. But we have not reached there yet,” said the ATCL boss.

“I wish we would have done more than that, if the tourism sector, which we largely depend on, had recovered to its fullest.”

Tourism provides passengers and creates opportunities for new and increased business for the air transport sector.

Concurrently, the tourism industry is heavily reliant on air transport for tourists/visitors for business and leisure purposes.

Thus, the relationship between tourism and air transport is mutually reinforcing and inter-dependent.

Speaking about expectations of how 2022 is going to be for the aviation industry, Mr Matindi said it was still difficult to predict.

With the Omicron variant, he explained, no one was sure of what would happen the next day.

“There is hope, but we must be cautious because no one knows what will happen tomorrow,” said Mr Matindi. “But I believe with the Omicron variant, we will not struggle as much as we did during the first, second and third waves of the Covid-19.”

Precision Air’s commercial and ground operations head Lilian Massawe said the aviation sector in Tanzania was still on recovery stage after big shocks of Covid-19 it experienced in the year 2020.

However, she said, the year 2021 generally has been better than 2020, in terms of performance. “The year 2021 was better off though there are still significant gaps compared to pre-Covid specifically levels attained in the year 2019,” noted Ms Massawe.

Compared to the preceding year, in 2021, Precision Air recorded an improvement in capacity offered in terms of Available Seat Kilometres (ASK). This is a measurement of an airline’s carrying capacity to generate revenue, taken from multiplying the available seats on any given aircraft by the number of kilometres flown on a given flight.

The icing on the cake was that international operations resumed in 2021 compared to 2020 when there was almost total shut down caused by border restrictions imposed by different countries.

Nas-Dar Airco’s Corporate Affairs head Evans Mlelwa said 2021 had been the year of success for the industry compared to 2020.

Referring to Covid-19, he said global initiatives to fight the pandemic had opened up the aviation market.

The French national carrier started operating two flights a week on Mondays and Saturdays between Paris’ Charles de Gaulle and Zanzibar in October.

It flies direct from Zurich to Kilimanjaro, a major gateway to Tanzania’s northern tourism circuit, twice a week, with high-end tourists from Europe to grace the tourism peak season.

Again, it flies to Zanzibar and Dar only once a week.

“When the new airlines are coming, it is an opportunity for ground handlers to make business,” said Mr Mlelwa.

Under the period of review (2021), Nas-Dar Airco saw the number of its customers increasing from five to eight.

“We see a bright 2022. But this will happen only if countries globally, will reduce technical barriers to air transport which they impose in the name of measures against the Covid-19,” said Mr Mlelwa.

“With the way the sixth phase regime is attracting investors by creating a friendly-business environment, we have a reason to have a bright future.”

The government has been doing a commendable job in improving the country’s infrastructure and working with neighbouring countries to sort out the non-tariff barriers (NTBs) that have been hindering trade and investment.

Efforts to reach comments from Swissport Tanzania, a ground handling company which accounts for over 90 percent of the market share, proved futile.

But in August, 2021 Swissport Tanzania chief executive officer (CEO) Mrisho Yassin was quoted by The Citizen as saying business recovery in Tanzania had been modest and encouraging.

He said by that time the ground handling business was operating at approximately 55 percent of the pre-Covid volume.

“The cargo business has fully recovered. A significant number of our airline customers have resumed operations, albeit with less frequencies, and some are operating with smaller aircraft types compared to the pre-Covid-19 time,” said the Swissport boss, a ground handler for which handles about 23 airlines.

As the pandemic ravages, the company’s total revenue dropped by 25 percent in 2020 compared to the preceding year.

This was attributed to a 22 percent decline in flight frequencies to 7,384 flights. It was also due to a fall in cargo volume by eight percent to 17,354 tonnes.

Mr Yassin said the future of the aviation industry was still clouded with uncertainties due to the ongoing reported Covid-19 cases, ongoing travel restrictions and depressed passenger numbers.

However, he said, with the roll-out of Covid-19 vaccine programmes around the globe, it was reasonable to feel encouraged that there might, finally, be some light at the end of the tunnel.

Although the short-term outlook presents a relative improvement in terms of border closures and lockdowns, industry experts predict a series of cyclical ups and downs in the long term.

Navigating these cycles, will require a rethinking of goals, strategies and business models until business activity returns to pre-pandemic levels.

With the wide-scale lockdown measures, border closures and travel restrictions being set out around the world, by April the overall number of passengers had fallen by 92 percent from 2019 levels.

But, by the end of 2021, the sector was estimated to have sustained losses of more than $108 billion in revenues.

Ecobank opens applications for its 2022 fintech challenge for African startups