Since this Tuesday morning, Lunda Sul has hosted the International Diamond Conference, with the motto ““Angola: Destination for Sustainable Investment in the Diamond Industry”. 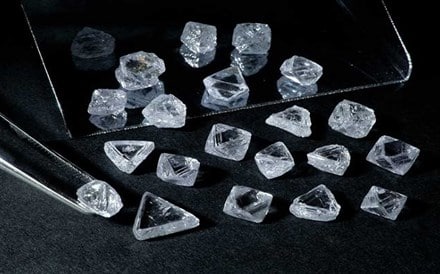 Hundreds of national and foreign personalities will, during two days, discuss in detail the performance of the diamond industry in the last 5 years.

The minister of Mineral Resources, Oil and Gas, said at the opening of the event that it was part of actions to publicize Angola’s diamond potential, with the aim of attracting the attention of national and international companies operating in the diamond industry.

The minister informed that the country plans, by 2022, to increase diamond production by up to 10 million carats per year.

Angola currently produces 9 million carats a year. According to the official, until the month of October this year, 6.5 million carats had been produced, which corresponds to 72% of the annual target.

Currently, there are 35 diamond projects in the country, of which 21 are in Lunda Norte and 7 in Lunda Sul, both provinces located in eastern Angola.

The Brazilian-Angolan businessman, Valdomiro Minoru Dondo, who announced important investments in diamond exploration in the central province of Bié, will, with this gesture, be the first businessman to bet outside the traditional exploration areas and contribute to promoting the development of the central plateau.

Europe huddles down for a winter without Russian gas

African cities honoured for their green innovations against Covid-19